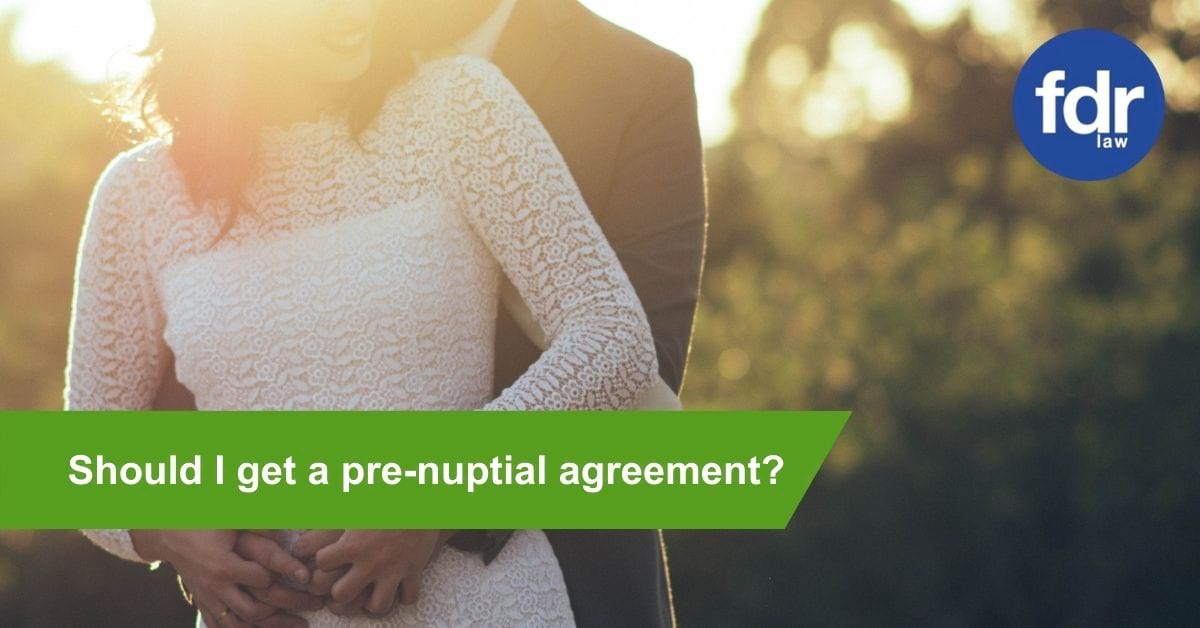 If you are about to enter into a marriage, the thought of separation is probably the last thing you want to consider.  However, for those who have acquired wealth prior to the marriage a pre-nuptial agreement may be a really good way to achieve resolution.

A prenuptial agreement, more commonly referred to as a prenup, is a written contract entered into by a couple prior to marriage or a civil partnership that enables them to decide what happens when their marriage eventually ends by death or divorce.

A prenup usually aims to supersede many of the laws that would otherwise apply in the event of divorce, with regards to:

However, a prenuptial agreement does not have the effect in overriding Divorce law. With this being said, it will carry a degree of weight with the Court when considering these issues.  The rule of thumb is usually the shorter the marriage the more weight that will be carried to the agreement.  If parties have entered into the same freely with proper disclosure of each other’s finances and legal advice, then they are also likely to carry more weight

Both parties should have the opportunity to go through each other’s finances and to seek independent legal advice.  Failure to do so can lead to an agreement being considered as invalid. It is therefore vitally important to ensure that advice is obtained at an early stage.

When an agreement is prepared it of course takes into account the assets at the time of the marriage. It also can make provision as to any assets acquired during the marriage and should make provision for the situation as to would happen if the parties were to have children.

Taking the time to have a prenuptial agreement completed before contemplating a marriage may seem unnecessary.  Whilst it is hoped that the document will never need to be relied upon, ultimately if the worst happens it will help to protect those who have entered into the agreement.

For more information on pre-nuptial agreements, please contact Darren White at darren.white@taylor-rose.co.uk or phone him or another member of the team on 01925 230000.

How can we help you?