End of an Era

Partners and staff met today at lunch time to hand over cards & gifts and celebrate the achievements of one of Warrington's most well known figures. If fell to FDR Law Chairman, Charles Agar to remind everyone present of the 48 years service Norman has given the legal profession, and his vast amount of voluntary work that resulted in his MBE and Freeman of the Borough accolades recently. FDR Law Partner, Vicki Coulthurst provided further kind words that provided a humorous slant on what it was like to be a colleague of Norman's over the years. 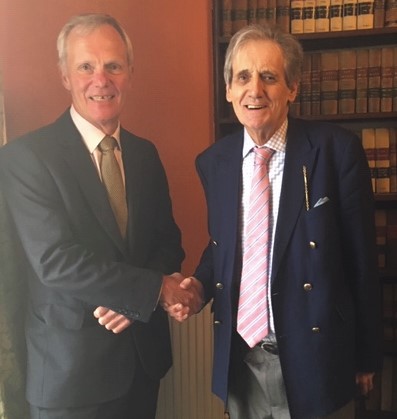 Norman has lived in Warrington his entire life after being born in Grappenhall in 1947, and served as chairman of the Warrington Committee for Disabled People for 17 years, chairman of Warrington Crossroads Care for 9 years, and most recently chairman of St Rocco's Hospice for 10 years until 2017. He has also been chairman of North Cheshire Hospital and Warrington Hospital NHS Trust.

The words of Warrington Mayor, Cllr Karen Mundy when awarding Norman the Freeman of the Borough, were repeated to sum up the contribution Norman has made to Warrington and it's people...

"Norman is quite simply an example to us all. He is one of Warrington's true heroes and his contribution to the borough and our communities is immeasurable. He has been an active volunteer and has for decades helped to improve the lives of some of our most vulnerable residents. He is a modest man but deserves this award.

If we could all 'be more Norman', the world would be a better place"

Wishing a happy retirement to a true gentleman from all your colleagues at FDR Law.

How can we help you?