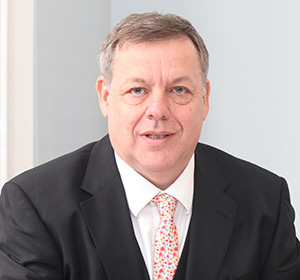 Stephen Lawson is a tenacious, dedicated lawyer who qualified as a Solicitor in 1984, since that time he has spent his time successfully fighting for the rights of his clients. Stephen is a specialist litigator who undertakes traditional “Chancery” work including Inheritance, wills, Probate and Trust disputes, Professional Negligence claims, disputes about land and Court of Protection work.

Stephen works hard to resolve disputes in the most economic and appropriate way for clients – and is often involved settling disputes at a mediation. Stephen regularly works with a stable of top mediators throughout England & Wales.

Through his work on national committees Stephen regularly deals with leading practitioners – solicitors, counsel and experts throughout the country.

Stephen’s more complex cases have often attracted national press coverage and he is regularly invited to present lectures on a nationwide basis to other lawyers. David Harvey, former CEO of STEP said about Stephen “working with Stephen is like having Napoleon on your side. His presence is worth four battalions”. Karl Tonks, former APIL President, said “with Stephen you get passion and commitment”.

Stephen was previously the National Secretary of the Association of Personal Injury Lawyers. He was also a member of the Resolution Child Support Committee. Several changes in UK Law and Child Support procedure have resulted from claims Stephen pursued.

Stephen is a current member of the Law Society Wills & Equity Committee, The Society of Trust & Estate Practitioners (STEP) and the Association of Contentious Trusts & Probate Specialists (ACTAPS). Stephen was formerly the Chair of STEP Cheshire, a member of the STEP England & Wales Committee and the STEP Worldwide Council. Stephen also sat on the Law Society Civil Justice Committee. Stephen is a legal author who has published (with Frost & Jacoby) “Testamentary Capacity” – Oxford University Press. He has also written for legal and non-legal publications including The Times, The Law Society Gazette, Cycle Active magazine and Country Smallholder. Stephen is a passionate advocate for rural affairs and is one of the few lawyers who can shear a sheep or milk a cow!

Thank you once again for your incredibly quick turn around. The client really appreciated the style of his advice and succinct commercial points

The outcome of my case will be life changing for me. I appreciate your care and sensitivity throughout and feel that I could not have been better represented

As always you make a very eloquent and gracious argument.

Excellent service as always from FDR. Many thanks to Kristel Clarke

I was happy with the service provided to me during what was a traumatic time for  me.  Stephen Lawson kept me up to date and informed throughout the whole process and I appreciate the support given to me.

Many thanks to Stephen Lawson and all in your office for your help and guidance on this horrendous matter.  Thank you so much for bringing it to a satisfactory conclusion.

All FDR staff encountered were extremely helpful on all occasions.  Thank you for persevering with me over the last two years

My thanks to Stephen Lawson and colleagues for their tenacity, professionalism and expertise.  You are an excellent resource for me and my practice

You can’t get better than excellent

I've just finished talking to my 'SUPERMAN HERO'  Stephen Lawson.  On behalf of my brother and myself a BIG THANK YOU for winning our case, it was important to us

Margaret Evans, Head of Corporate Law discusses finding a buyer in the part 5 of The Selling Process Series.

Darren White, Associate Solicitor discusses whether a pre-nuptial agreement is unromantic or good financial planning and how they can help you if the worst is to happen.

FDR Law have been ranked under Corporate and Commercial, Contentious Trusts and Probates and Private Client - Personal Tax, Trusts and Probate in the latest set of results announced yesterday.  To be recognised in The Legal 500 in the UK is a huge...